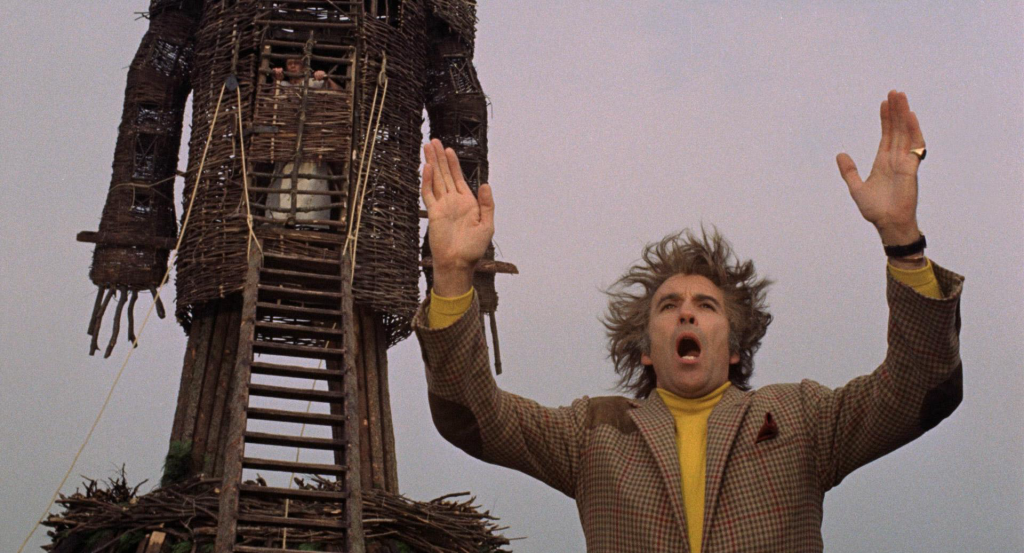 Greetings ghouls and goblins. We’ve just wrapped up another lovely year of our friendly little movie festival (details here) and it’s time to share some notes. At the least, future me appreciates the reminders!

The top rated movie, on average, was unsurprisingly Stanley Kubrick’s masterful The Shining (1980), garnering 8.3 stars (out of 10).

In last place, and well deserved, came Stephen King’s Maximum Overdrive (1986), with an outstanding 3 stars (still out of 10). A famous anecdote tells us that when asked why he never directed another movie, King replied, “Did you see Maximum Overdrive?!”

Overall, the highest ranked theme was “based on comic books” and the lowest ranked was “based on video games”. It appears to be quite difficult to adapt a very imaginative, animated video game to a live action film in particular. However, personally I was both impressed and pleasantly surprised by Doom (2005).

With an excellent cast, steady pacing, and good visual effects, it did justice to one of my favorite video game franchises. I suspect that my own familiarity with the games helped me gloss over some under-developed plot points, but, as my best friend and I often proclaim, “there’s nothing wrong with fan service!” At the least, it’s gratuitously awesome first person shooter-inspired scene greatly outdid the other movie on our list to try that: House of the Dead (2003). Not constrained by live action, the Japanese Resident Evil: Degeneration (2008) succeeded with plenty of the conspiracy and monsters that Resident Evil fans know and love.

The other notable movie we all agreed was excellent: Candyman (2021). More of a sequel to the original 1992 film than a remake, it delivered a slick, complex expansion of the story that leaves me hoping we’ll get some more entries in the series soon.

Ultimately, why do we watch horror? The answer is personal, unique to each person. Maybe it lets you dip into the darker side of your emotions in a safe, controlled way. Maybe you savor the effects, and enjoy comparing and contrasting zombie makeup from over the years. Some people have a fond memory of a loved one who introduced them to their first slasher; others use it to help process pain inflicted by those in similar close proximity.

Personally, upon my own reflection, I decided that horror is the “other” genre. Stories and characters that don’t quite fit anywhere else find a loving home in this genre that stretches from belly laugh-inducing comedy to deeply unsettling existential examinations that stay with you for months afterwards. This “otherness” attracts the viewers who themselves lack a clear genre, classification, home.

I’m deeply honored to have made it through one more year of our little marathon with my closest genre-less friends. A special shout-out is due to Emm, master of trivia and burgeoning designer. Also, Linh, who watched most of the movies with me at home while we were locked down made the experience 100x better as we both laughed and cried and gasped at the same moments. 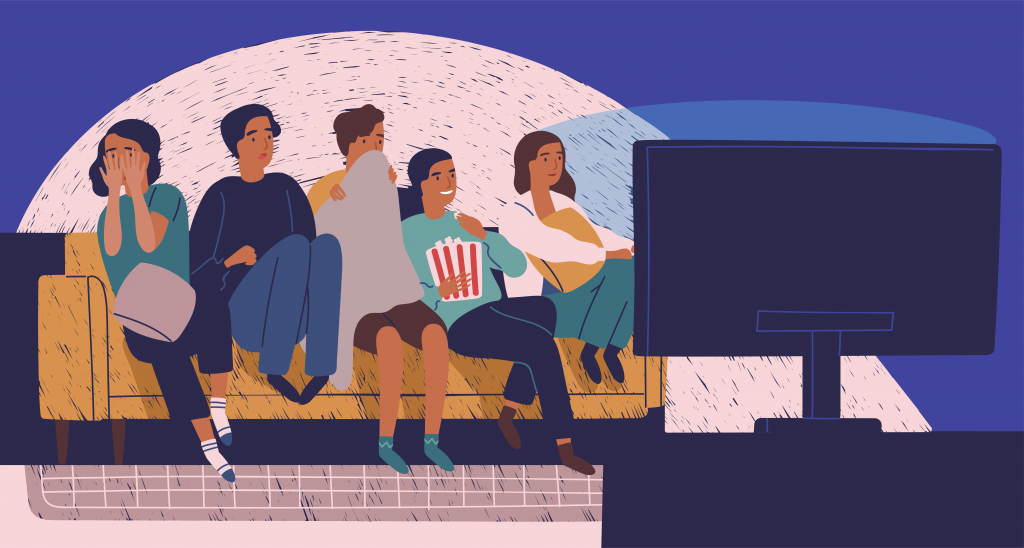 Week by week we’ll look at cinema based on books (Week 1), video games (W2), comics (W3), and finally…other movies (W4)! You’re invited to join for any/all of our viewings (available through Plex).

Foreign Fridays will offer scares from around the world, while Wacky Wednesday will tickle your funny bone for those who prefer something less intense. As an homage to last year’s monster madness we’ve returned with Monster Mondays where something not-quite-human will leap across (but hopefully not out of) your screens.

Curated with scare,
The Triumvirate of Awesome

The Triumvirate of Awesome is back with more movies! This time around it’s a mini-marathon born of boredom as the current lock-down in Vietnam continues for it’s third month.

Emmanuel was in process of re-watching the Marvel lines of movies, and that sparked the idea to keep on the theme of heroes, but without spoiling his own watch plans. Thus was born our “Weirdos Heroes” theme.

Comprising three films (one per member of the triumvirate) you can look forward to three film reviews. One for Watchmen (2009), another for The Crow (1994), and one more for The League of Extraordinary Gentleman (2003).

If you decide to join us for any part of this (anti?)heroic journey, be sure to leave a comment below!